We are the Archdiocese of San Francisco

Being Catholic in San Francisco means being on mission—but not alone. In our beautiful and historic coastal city, we hear echoes of our missionary past in the modern women and men who bear the same hope as those who founded our hometown. Catholic SF shares their stories and helps to bring our community of faith together.

latest stories Get Catholic SF in your mailbox or inbox 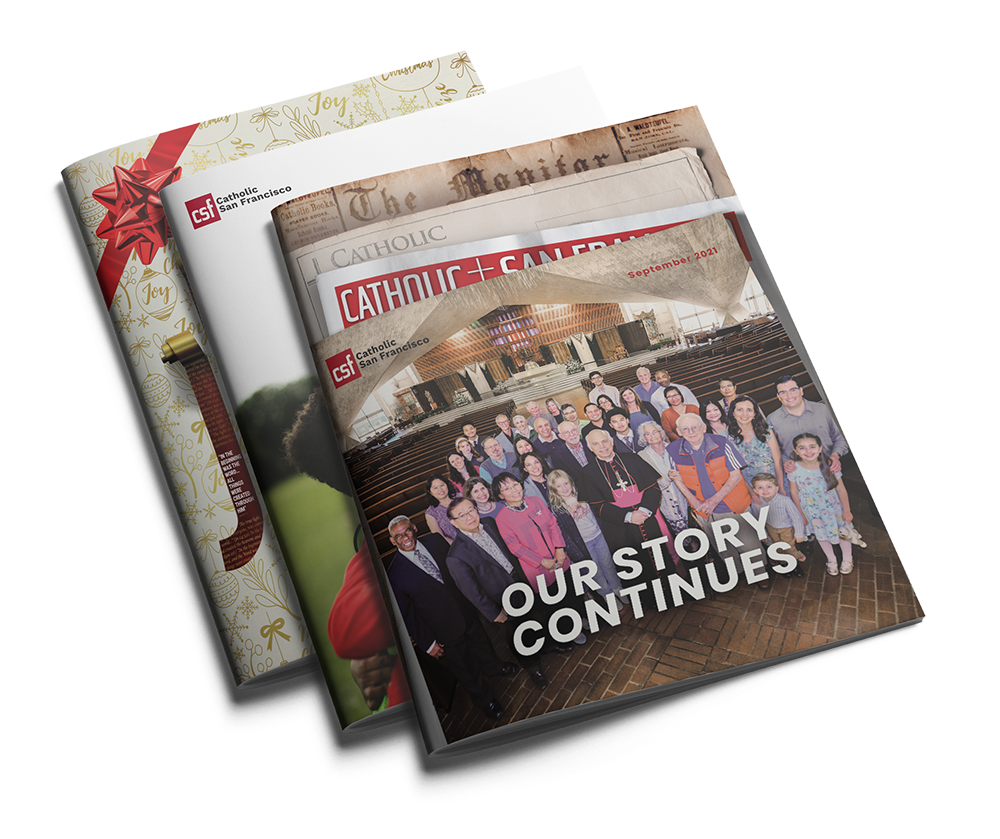 In his essay “Why I Am a Catholic,” the British writer and convert G.K. Chesterton explained that one of the things that drew him to the Catholic faith was that… Read More

On Tuesday, Cardinal Joseph Zen’s second day in court in Hong Kong, five witnesses were cross-examined and the magistrate ruled that there was sufficient evidence to justify a trial.

There are at least four more bills awaiting the signature of Gov. Gavin Newsom that would further endanger women and kill babies through abortion, increasing access and funding toward the… Read More

Celebrating the adventure of religious life at Mass for Consecrated Life

“You need to have a sense of adventure.” That was what one sister told Sister of Saint Joseph of Carondelet Theresa Kvale when she asked her in high school about… Read More

Earlier this year, the Vatican’s Congregation for Catholic Education released a new instruction reiterating the essential characteristics of Catholic schools. Citing many key Church documents on Catholic education from the… Read More

Less than a month after receiving the Cardinal’s biretta from Pope Francis in Rome, Cardinal Robert W. McElroy celebrated a Mass of Thanksgiving for the 80th anniversary of St. Gregory… Read More

Catholic immigrants from around the world call the Archdiocese of San Francisco home. Many have raised a generation of Catholics, and their children and grandchildren are raising future generations of… Read More

Your generosity has a tremendous impact on many lives. It enables the Archdiocese to provide vital services to our local community and our greater Church. 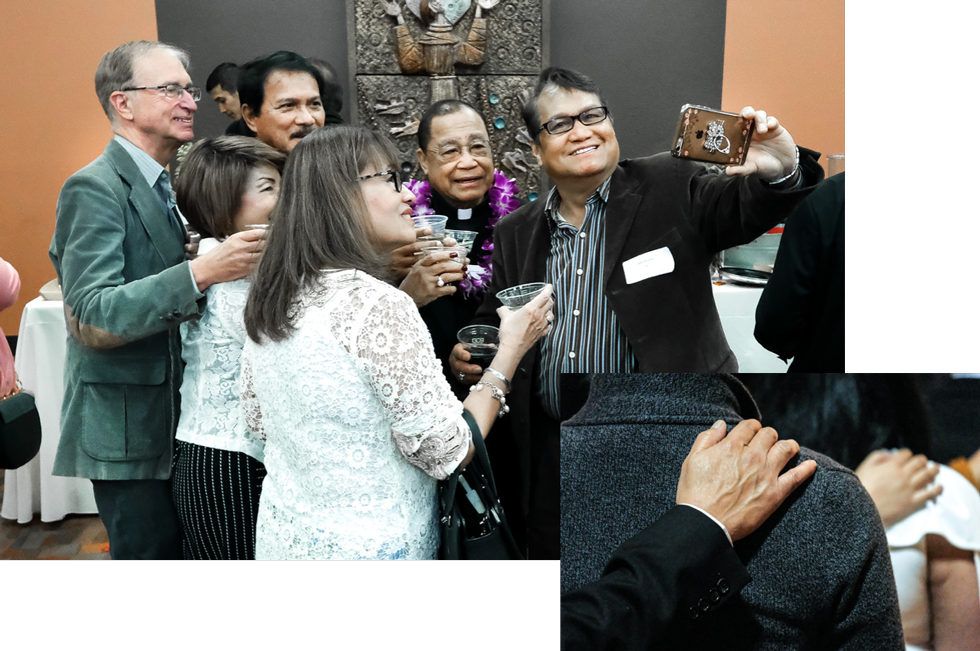 I’m looking to connect with…

Information about the Archdiocese of San Francisco and its response to COVID-19 can be found here.

Streaming Masses are not a replacement for attending Mass in person.  However, many home-bound persons may find spiritual nourishment in prayerfully watching live-streamed Masses here.

See a listing of Masses here

Help ensure that our parishes, schools, and service organizations of the Archdiocese have the funds they need to carry out their vital missions.

The Archdiocese of San Francisco’s Catholic Schools in Marin, San Francisco, and San Mateo counties contribute to the fabric of the San Francisco Bay Area, through their focus on Catholic Identity, Academic Excellence, and Service.

The parish is the community in which we are invited to meet Jesus in His Word, His sacraments, and the faces of His people.

The ministries of the Archdiocese of San Francisco are where we welcome people and attend to their needs in Christ’s name.

Stay informed of news and events in the Archdiocese of San Francisco.

Join us as we pray a monthly Eucharistic Holy Hour at the Cathedral, “our mother church,” for an increase and strengthening of vocations to the priesthood in the Archdiocese.  All are welcome to attend these Eucharistic Holy Hours in response to Jesus’ invitation to “ask the Lord of the[…]

The prayer that is commonly known as The Lord’s Prayer is one that many memorized as young children. And even though we may recite it often, there is more to this prayer than our English translations have to offer. When approached from its Aramaic roots, the Prayer of Jesus reveals a vision and path[…]

Cathedral of St. Mary of the Assumption Event Center
12:00pm

The 12th Annual Priests Retirement Luncheon will take place on Friday, Oct. 14, 2022 at St. Mary’s Cathedral. The day will start with a Optional Social Hour at 10:30 AM in the St. Francis Room, and will include music, appetizers and a photo booth. It will be a wonderful opportunity for attendees[…]

Dale Ahlquist, President, Society of Gilbert Keith Chesterton, will speak on October 16 at Star of the Sea Parish San Francisco on “the approach to Catholic Classical Education through the Chesterton Academy Model.” The event begins at 5:00 pm with Hors D’oeuvres and the program begins at 6:00[…]

Join Archbishop Cordileone and the Thomas More Society for the 2022 Archdiocesan Red Mass, celebrated annually for all members of the legal profession. This  year’s honoree will be Jilma Meneses, former CEO of Catholic Charities of San Francisco and Fr. Fr. Roger Gustafson will be the homilist.[…]

New video: Archbishop Salvatore J. Cordileone urges a no vote on Proposition One

Archbishop Salvatore J. Cordileone urges a No Vote on Proposition One, a proposed amendment to the California Constitution on the Nov. 8 ballot. 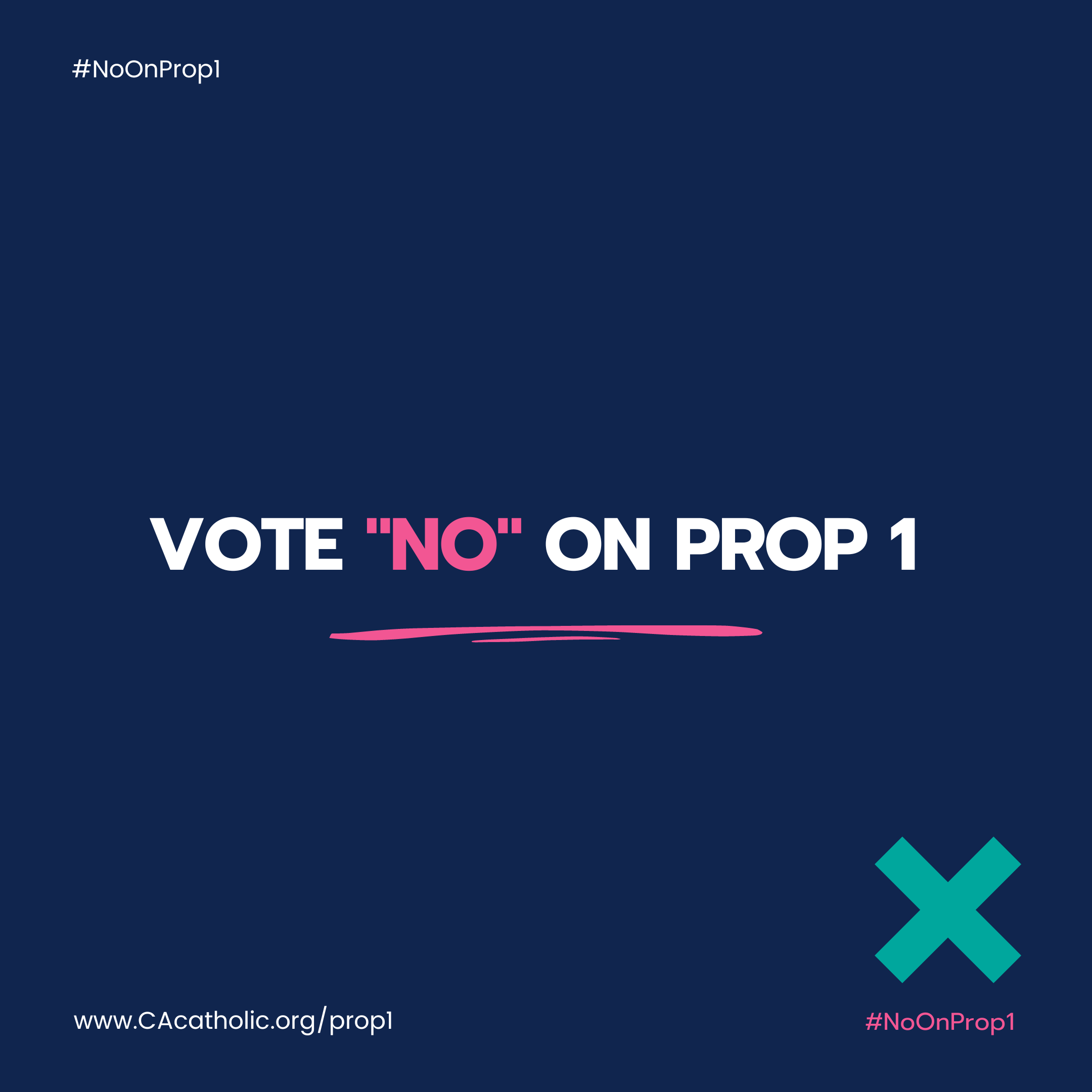 So, what was Vatican II all about?

A short course with Mark Brumley

The Second Vatican Council remains controversial in some Catholic circles.  Many people see it as involving a radical break from the Catholic past, for good or bad. Others, such as the popes since the Council, see it as a renewal and reform of the one-and-the same Catholic Church.