National Migration Week will be celebrated September 20-26, 2021, culminating with the World Day of Migrants and Refugees on September 26. In observance of this week and its theme of “Towards an Ever Wider ‘WE'”, we have the opportunity to learn about current immigration issues in the United States, and how they correspond to Church teachings. On Monday, September 20 at 12:30 p.m., leaders with expertise in this area will discuss Church teaching, current policy issues, and how these are playing out at the border. Register below. 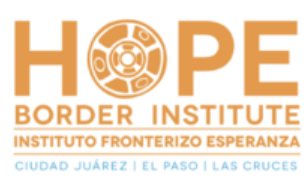 Todd Scribner is the Assistant Director of Education and Outreach at the United States Conference of Catholic Bishops’ (USCCB) Department of Migration and Refugee Services. Here he works on the intersection between migration policy, U.S. history and the Catholic ethics; manages partnerships and research projects with major institutions, including the University of Notre Dame, the Catholic University of America, and Princeton University; and oversees the development and distribution of policy and pastoral resources for Church-related initiatives, including National Migration Week, World Refugee Day, and the Vatican’s World Day for Migrants and Refugees. He is editor of an award winning, cross-disciplinary book on migration, On Strangers No Longer: Perspectives on the Historic U.S.-Mexican Catholic Bishops’ Pastoral Letter on Migration, and authored a second book on the Catholic Church during the Reagan era: A Partisan Church: American Catholicism and the Rise of Neoconservative Catholics. Todd has also published numerous articles in popular magazines/newspapers and for academically oriented journals, including the National Catholic Reporter, the National Catholic Register, The U.S. Catholic Historian, and The Catholic Historical Review.

David P. Spicer is a licensed attorney providing the USCCB, individual bishops, U.S. dioceses, and others with policy analysis and recommendations on migration-related issues and current affairs, including those related to refugees, asylum seekers, and the root causes of migration. In his current role, he engages with all of MRS’ offices, as well as those throughout the USCCB, to coordinate and establish the collective needs, concerns, and policy positions of the organization, especially where direct service provision is concerned. Prior to this role, David clerked for the Honorable Elizabeth Tavitas on the Court of Appeals of Indiana. He also previously worked in the U.S. Department of Justice’s Office of Foreign Litigation at U.S. Embassy London. He earned his Juris Doctor degree from Notre Dame Law School and his Bachelor of Science from Purdue University. He is a member of the Indiana bar and a former fellow of Notre Dame’s Program on Church, State & Society.

Dylan Corbett is the founding director of the Hope Border Institute, a Catholic research, advocacy and humanitarian aid NGO located on the US-Mexico border. Dylan is also the assistant regional coordinaotr for North America, Central America and the Caribbean with the Vatican’s Section on Migrants and Refugees. He formerly worked as a staffer to the bishops of the United States at the U.S. Conference of Catholic Bishops and has worked in the international development and nonprofit sectors in Washington DC, Central America and South Asia.