Pope: Catholic marriage is a gift not a formality 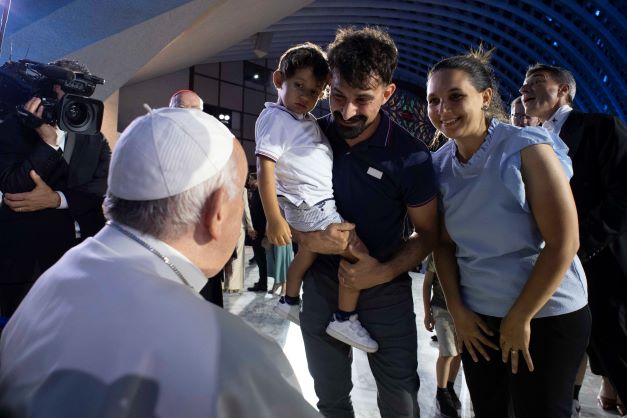 Speaking at opening of World Meeting of Families in Rome

Pope Francis said Wednesday that Catholic marriage is a gift, not just a formality or rule.

“Marriage is not a formality to be fulfilled. You don’t get married to be Catholic ‘with the label,’ to obey a rule, or because the Church says so, or to throw a party,” the pope said at the opening event of the World Meeting of Families on June 22.

“You get married,” he continued, “because you want to base your marriage on the love of Christ, which is as firm as a rock.”

“We can say that when a man and a woman fall in love, God offers them a gift: marriage. A wonderful gift, which has in it the power of divine love: strong, enduring, faithful, able to recover after any failure or fragility,” Pope Francis said.