Salvatore J. Cordileone was born in San Diego on June 5, 1956 to Leon and Mary Cordileone, who raised their family in Blessed Sacrament Parish. Salvatore was the second son and the third of their four children. 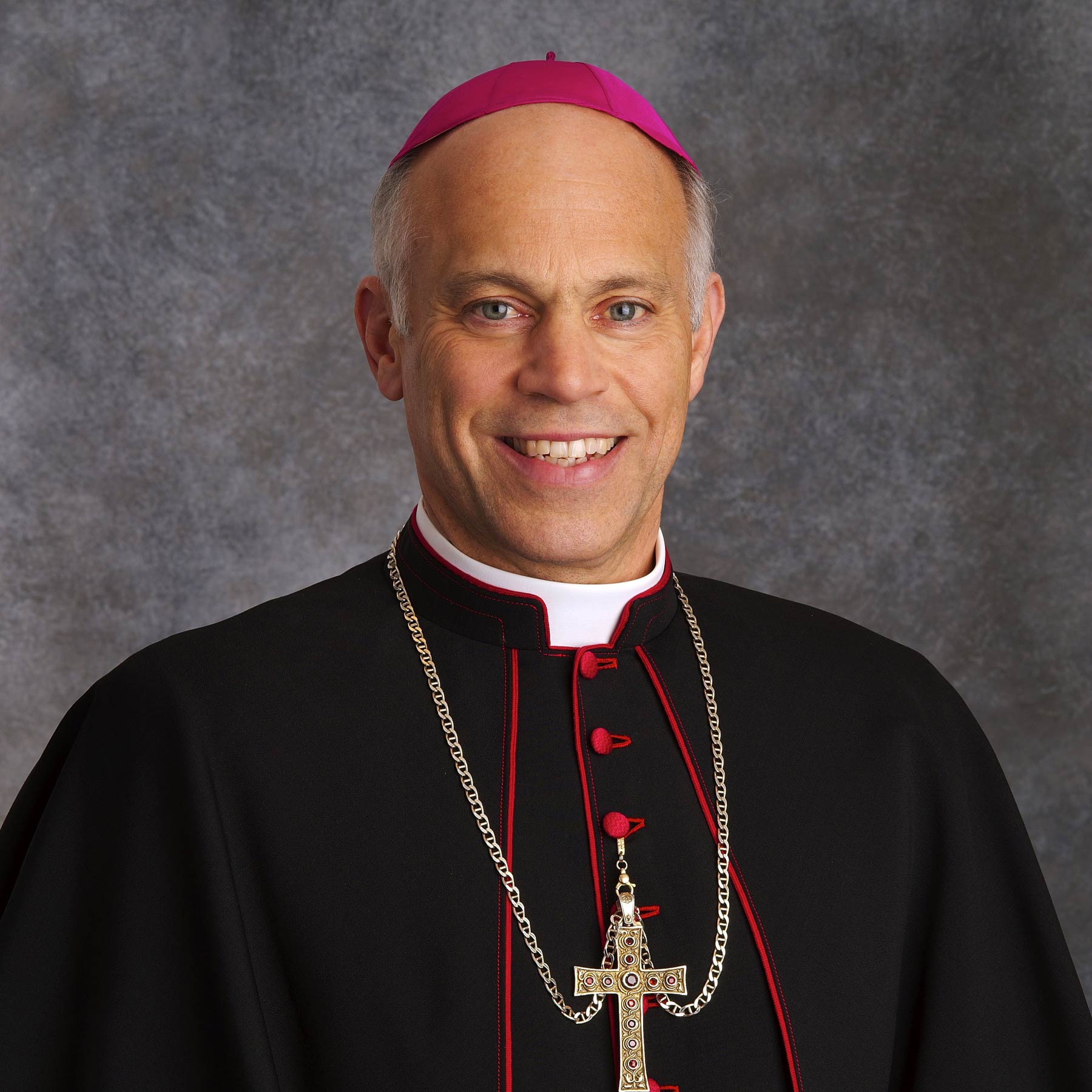 The Archbishop’s father, Leon Cordileone, was born in San Francisco. He moved with his family to San Diego when he was four. Later, he worked with his three brothers in the family commercial fishing business and later bought his own albacore fishing boat.

Mary, the Archbishop’s mother, was born and raised in Buffalo, New York, the oldest of four sisters. In 1947 she and her family moved to San Diego where she met Leon. The two were married on November 13, 1949.

Salvatore attended public grammar and high schools and was an active participant in after-school religion classes and high school music programs, including the concert band, marching band and stage band. He graduated from San Diego’s Crawford High School in June 1974.

A call to priesthood

The following December, during his first year of college at San Diego State University, he was encouraged by a young parish priest he respected to attend a seminary vocation retreat. It was during this first year that the Archbishop discerned his call to the priesthood, entering St. Francis Seminary and transferring as a sophomore to the University of San Diego.

Salvatore Cordileone graduated in 1978 with a B.A. in Philosophy. He was accepted to study in Rome and continued in the seminary at the Pontifical North American College. He received an undergraduate degree in Sacred Theology in 1981 from the Pontifical Gregorian University and the following year  returned to San Diego to be ordained and begin his first pastoral assignment.

From pastor to monsignor to bishop

On July 9, 1982, Bishop Leo T. Maher ordained the Reverend Salvatore J. Cordileone. Soon thereafter, he became associate pastor at St. Martin of Tours Parish in La Mesa, where he remained for three years. In 1985 he was again sent to Rome, this time to study the new Code of Canon Law. He spent the next four years again at the Gregorian University completing his doctoral degree.

Upon Father Cordileone’s return to San Diego in 1989, he became secretary to Coadjutor Bishop Robert Brom, and a year later became adjunct judicial vicar. Pastoral work called to him again in 1991 and he became pastor of Calexico’s Our Lady of Guadalupe Parish, four blocks from the Mexican border.

In 1995 he was called to Rome and for the next seven years served as assistant at the Supreme Tribunal of the Apostolic Signatura, the Church’s highest canonical court.

On July 5, 2002, Pope John Paul II appointed then-Monsignor Cordileone as Auxiliary Bishop of the Diocese of San Diego. He was ordained a bishop on August 21, 2002 by Bishop Brom. In addition to serving on the various consultative bodies of the diocese during his years as auxiliary of San Diego, Bishop Cordileone also chaired the Corporate Board of Catholic Charities and was a member of the University of San Diego Board of Trustees, serving on its Academic Affairs and Mission and Vision Committees.

The Archbishop of San Francisco

On March 23, 2009, Pope Benedict XVI appointed Bishop Cordileone as the fourth Bishop of Oakland. His Mass of Installation was celebrated on May 5, 2009 at the Cathedral of Christ the Light, Oakland. Three years later, on July 27, 2012, he was appointed the Archbishop of San Francisco and was installed on October 4, 2012, the Feast of St. Francis of Assisi, at the Cathedral of St. Mary of the Assumption.

As the new Metropolitan Archbishop of the Province of San Francisco, Archbishop Cordileone received the pallium from Pope Francis in Rome on June 29, 2013.

Archbishop Cordileone serves as Chairman of the United States Conference of Catholic Bishops (USCCB) Committee on Laity, Marriage, Family Life and Youth and so is also a member of the Administrative Committee of the USCCB, and he is a member of the USCCB Committee for Canonical Affairs and Church Governance as well.  He currently also serves on the USCCB Ad Hoc Committee Against Racism, Subcommittee on the Catechism, and Eucharistic Revival Bishops’ Advisory Group. In addition, the Archbishop serves on a number of boards to support Church efforts beyond the USCCB, including the Catholic Benefits Association/Catholic Insurance Company, Cross Catholic Outreach Board of Directors, the Courage Apostolate Episcopal Board, the Governing Board of the International Theological Institute in Trumau, Austria, and is a founding member of the Episcopal Advisory Board of the Catholic Healthcare Leaders Association. The Archbishop also serves as the Prior of the American Delegation of the Sacred Military Constantinian Order of Saint George.